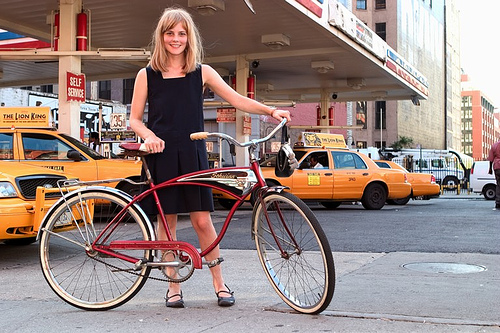 Scout Niblett is a British singer/songwriter that I sometimes like and sometimes don’t. But her upcoming album This Fool Can Die Now….Damn, this shit is dope. There are four incredible duets with Will Oldham, but the whole album is just fantastic.

She’s playing the DAAC in Grand Rapids, MI on October 21. Which just happens to be the same night Wolves in the Throne Room are playing Lansing. Fuck.

Pre-Order it from Beggars

Now, I love Sonic Youth, but I’ve always been a Lee Ranaldo man. When I heard Thurston Moore was putting out a solo album of songwriter style material rather than the free/noise/jamz he does so often these days, I was a bit skeptical. 1995’s Psychic Hearts, his last solo songwriter album, kinda blew a little bit. Thurston is a good songwriter, but I wasn’t sure he would have enough material after last years Sonic Youth album.

But Trees Outside the Academy ended up being pretty damn great. Thurston’s songwriting on it is pretty consistently good. The man can fucking play that goddamn guitar and its nice to see him do some melodic stuff. Thurston mostly plays acoustic, but he’s got a good band backing him up. Steve Shelly plays drums. J. Mascis shows up to lay down some crazy electric guitar leads on stuff. And the very talented and often overlooked Samara Lubelski plays violin on a lot of tracks (Lubelski put out a great solo album this year that I need to post about).

Sonic Youth have referred to their past three albums as being their Classic Rock Phase, which is a very fitting description. If Sonic Nurse is Everybody Knows This is Nowhere and Rather Ripped is After the Gold Rush, then Trees Outside the Academy is Thurston’s Harvest. And his Linda Rondstadt is Christina Carter of Charalambides (who also have a rad new album I need to post about). Christina does guest vocals on the outstanding folk number “Honest James”.

I have found myself completely obsessed with the new album from Jens Lekman. It’s called Night Falls on Kortedala. Now, I’ve been a fan for a long while, and have gotten rather obsessive about his songs before. But the new album hits harder and quicker than any of his previous work. His earlier stuff took a few listens for me to really fall in love, but this one clicked on the second listen. On Sunday, I listened to it while I was driving to have dinner with my Uncle Dan and his family. I paid really close attention to the melodies and lyrics. It was incredible. It’s like theater in miniature: There’s laugh out loud moments and parts where you just about cry. And so many lines that I wanted to just hold in my hands, stare at, and re-read over and over. My favorite right now is “you get a gun and name it after a girlfriend”.

There’s mp3s from the new album floating around all over that internet. So, instead, I’m posting a cover he did of “A Little Lost” by Arthur Russell, which just happens to be my favorite Arthur Russell song. It’s from the new “Four Songs by Arthur Russell” EP, which also has songs by Taken By Trees (Victoria Bergsman, former member of the Concretes), Vera November (Verity Susman of Electrelane) and Joel Gibb from the Hidden Cameras.

Also, here’s the new video for “Sipping on the Sweet Nectar” from Night Falls on Kortedala.

This is the best video ever. 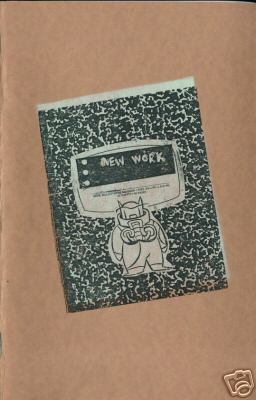 Pictured above is a sketchbook of TV on the Radio’s Tunde Adebimpe’s drawings and comics titled “New Work”. I bought it at TV on the Radio’s merch table when they played the Touch and Go Records South-by-Southwest showcase back in 2004.

It also had a 3 song CD called “Colophon” The first two songs were never released anywhere else, but the third is an early version of “Ambulance”. All three tracks are lo-fi 4-track demos and sound like solo recordings of Tunde. All three are great, but “Ambulette” is the highlight.

I sold my copy on ebay a few months ago (which is why the above picture has the ebay icon in the corner) because I needed some money. I only got $22.72, which was a little bit disappointing, since only 200 copies of the sketchbook/CD were made. Obviously, I kept mp3s of the music, and I am sharing it now.

and its name is RadioFed.

Finally, a Radiohead song worth listening to. 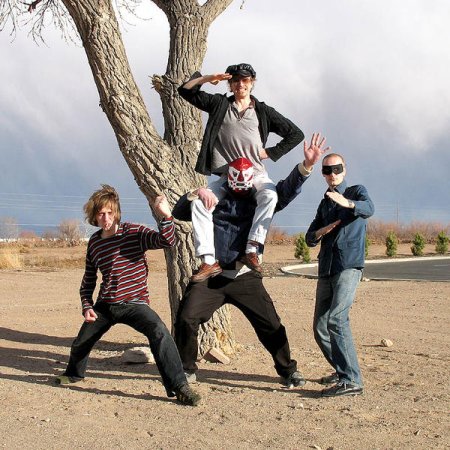 Circle are a very weird band. They’re a group of Finns who emblazon NWOFHM (New Wave of Finnish Heavy Metal) on all their releases (and they have a lot of releases), but aren’t really a proper metal band. Sometimes, they do a tripped out version of Judas Priest, but other times they’re doing spacey psychedelia or neo-krautrock or weirdo folk or who knows what. I mean, Boris does the same thing, but Circle have a certain archness and keep something of a distance between the genres they are playing (and playing with) and themselves. That doesn’t mean they don’t rock the fuck out. Because they do. To me, though, one of the most important parts of being a true metal band is the absence of self consciousness. When a real metal band doesn’t care if you think their guitar solos and spandex pats or death grunts and corpse paint are goofy (and taken out of context, a lot of things about metal are pretty goofy). And if they are aware of that, they don’t really care about it at all. 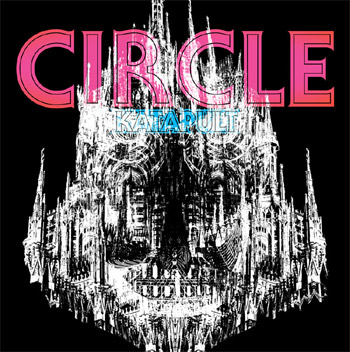 Which is why I wouldn’t call Circle a metal band. They are a fucking awesome band, though. Their newest album (and fourth of 2007) is Katapult and is being released on No Quarter Records. This time, they are taking a stab at early Black Metal (read:Venom). Well, at least sort of. Some of the tracks contain the grunted vocals, primal drums and basic riffs that Venom put to such good use, but they aren’t done in a pastiche fashion. Circle fold them into a mix of synthesizer washes, clean guitar and gentle piano. And some of the tracks don’t contain even a trace of Black Metal signifiers, but still fit in with the rest of the album. I haven’t heard all of Circle’s albums, not even close. But I’d say this is the best one that I have heard.

Opening track “Saturnus Reality” takes the aforementioned Venom-isms and blends them with some odd drum machine programming, synthesizers and a string section.
from Katapult 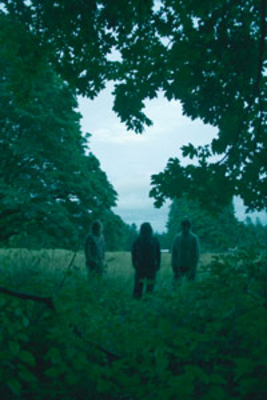 One of my favorite metal albums of 2006 (a year with a lot of great metal albums) was A Diadem of 12 Stars by Wolves in the Throne Room. It was a perfect mix of intensity and atmospherics. Like fellow Northwesterns Agalloch, WitTR made Black Metal sound fresh and new again by mixing the brutal and ambient sides of the genre with folk music. The Black Metal of Wolves in the Throne Room is a new kind of Black Metal, a Black Metal that comes from the way that the band lives their life. The band lives together in a house in the country and try to live an organic and self-sufficient life. They grow their own food and raise their own livestock.

Wolves in the Throne Room have a new album coming out. It’s called Two Hunters and its being released on Southern Lord. If there was one flaw with A Diadem of 12 Stars, it was that the band laid out all their ideas on the first track and then just manipulated those ideas on the other tracks. Two Hunters has a lot more variety and is a better album. I’m posting an edit of the last and heaviest track “I Will Lay Down My Bones Among the Rocks and Roots” that Southern Lord has up on their website.

They’re also going to be playing at Mac’s Bar in Lansing on October 21st. I’m there.