Like any sane person, I’m a huge fan of the Numero Group. They are currently working on a compilation of music from Ebirac Records. Ebirac was a Chicago label that released music by Chicago’s Puerto Rican community. Salsa, merengue, ranchero, you name it, they released it. While working on that compilation, Numero unearthed a cache of Ebirac deadstock LPs and 45s. They decided to give their fans an “unparalleled chance to preview a Numero project in process, digging simultaneously with us through this massive treasure trove of Chicago-by-way-of-Puerto Rico Salsa, Latin funk, Guaguanco, Guajira, Merengue, Bolero, and Rumba.”

Even though I don’t know jack about Puerto Rican music, I picked up the complete set: 4 LPs and 13 45s. After spending some time with it, I picked out some of my favorites and made this mix. Consider it a taster for the rich meal that Numero will give you when they release the Ebirac compilation. These tracks are crude vinyl rips, the Numero compilation will be remasters taken from the original tapes. 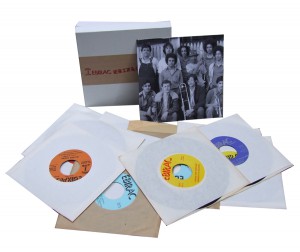 Numero doesn’t want me spilling the beans on Ebirac, which I completely understand, so the mix has been taken down. If you want to hear this fire, buy the compilation when it’s released.