For as long as I can remember, a quasi-joke running around the Fayetteville music scene has been the Curse. If you are a band in Fayetteville and you record and release an album, you will break up. And, tragically, the Curse comes true more often than not. It came true for Kings of New England whose last show was also their CD release party. 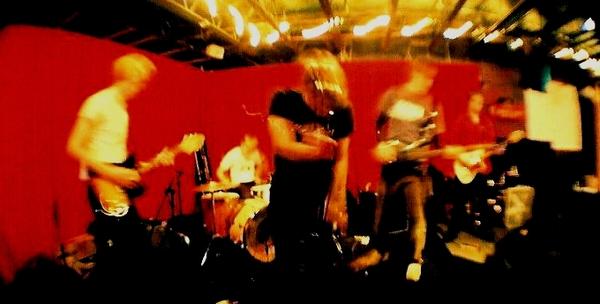 Kings of the New England were the first band that was made up of friends of mine and they were the first local band that I was passionate about. I’ve spilled a lot of ink on KONE over the years, as I wrote their press kits, blogged about their shows and even wrote the reviews of their releases for KXUA. So I’m not going to say a ton here.

They started off as a pretty standard 00s post-punk band, albeit one with more hardcore influence than normal. Les Savy Fav was a pretty clear influence. They recorded a demo pretty early on that shows what they sounded like pretty well. They started on an album, but it was aborted due to an unfortunate hard drive crash. I have been told that the original takes still exist, but all the mixing and editing work was lost.

By the time they final released an album (2005’s On the Cusp), their sound had changed considerably. Their new songs all had a more metal sound and they had started going in some pretty progressive directions. This later (and better) sound is exemplified by “The Golden Cove”, a 9 minute epic that is a lot closer to Mastodon or the Mars Volta than Les Savy Fav or Fugazi. Unfortunately, they broke up before they could fully step into this new sound. On the Cusp really did sound like a band on the cusp of a major transition, which made it a fairly difficult debut album. It had some of the first songs that they had written and those just didn’t sound like they should have been on the same disc as the newer material. While still a fun listen, it really did feel like an album and a half. If they had made the album a year earlier, it would have been a great post-punk debut album. If it had been made later and had none of the songs from the theoretical debut album, it would have been an incredible progressive punk album that would have make a lot of heads turn. As it is, it got some decent reviews, but non-fans didn’t really know what to make of it.

After they broke up, guitarist Tommy Atkinson shifted his focus to his other band Storm the Castle!, an incredible (and very non-prolific) metal band that are working on album that will hopefully come out late this year or early next year. Vocalist Roger Barrett & drummer Chris Byrne are now in a band called the Counterlife who sound like Henry Rollins fronting Hey Mercedes. Chris also does some solo singer/songwriter stuff. Bassist Paul Wardein was in a folk group called the Early Morning Bourbon Girls, but I don’t think they are still around. Guitarist Jonathan Haguewood is no longer involved in music.

I’ve posted “The Golden Cove” from On the Cusp, as that is the best thing the band ever did. I’ve also posted their 3 song demo. They never sold it at shows, so I don’t think too many people have a copy of it. I used to have a few live recordings, but those were lost in a hard drive crash. I have also been told that there is a recording of their live show, but that the sound quality is pretty bad. If I can ever get my hands on any other of the band’s recordings, I’ll be sure to post them here.

[audio:http://www.uglymusic.org/music/08 The Golden Cove.mp3]
Kings of New England – The Golden Cove (from On the Cusp)
Send them a Myspace message if you want to buy the album.

Sam King is another excellent Arkansas musician. He is currently on tour, so you should check his myspace and see if he’s in your area anytime soon. I’ve seen Sam play live many many times, most of which were at the Dinosaur House, a house show venue in Fayetteville. But, as fate would have it, he recently played Ypsilanti, MI, which is only an hour and a half from East Lansing. So I drove down and saw him play. It was a bit weird seeing him in a different environment like that, but it was good as always. 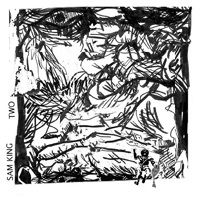 He has a new self released album out called Two and it is very good. In the two years I’ve been hearing Sam play, he has sharpened songwriting skill, expanded his guitar style and gained more control over his voice. “1980’s Finest” is one his best songs lyrically. Like many of his songs, it’s a vignette about people and interpersonal conflict. “Endless Little Greys” has some lovely slide guitar overdubs that nicely counterpoint the minimal guitar line in the song. If you enjoy singer songwriters that are in the folk milieu who keep their arrangements minimal and focus on the melody, like early Iron & Wine or Donovan, you will enjoy this. And if you want to buy it, visit his MySpace.

Anytime any motherfucker disses on Arkansas, I raise three fingers and say “Johnny Cash, Al Green, Bill Clinton”. Works every time. Of course, there’s lots more awesome things in the awesome A-State, and that’s what “A-State, Rep Your Shit” is all about. This will be a series of posts where I talk about all the awesome music that comes out my home state.

I’m going to start off by talking about Tippy Canoe, the best new band out of Fayetteville, Arkansas in quite a while. They are three friends of mine (Jordan, Melanie and Audrey) who got tired of all Fayetteville bands being all dudes and decided to start a band. And it ruled. Their live shoes are a combination of twee folk pop and dirty-ass booty bass. It’s Tullycraft doing 2 Live Crew or something like that. They have some recordings that focus more on the folk side of the band, but are still pretty awesome. There’s 3 songs and 1 thing. They have them streaming on their Myspace and all are also downloadable, but downloading from MySpace doesn’t work right half of the time, so here are some ‘right-click, save-as” links for ya’.


Expired for now, but if anybody wants, I can repost it as a divshare zip or something. Just ask in the comments.

Bonus!
My friend Stuart (aka Timber aka Jordan’s boyfriend) did a live recording of a Tippy Canoe show from April. The fidelity is pretty raw, as it was done using his handheld tape recorder. But it’s still badass. Here’s the post (which has some other live recordings he’s done) and here’s the direct link to the file